The occasionally clunky AI and animation do no justice to the well-crafted drama and compelling voice acting.

1979 Revolution: Black Friday is an adventure interactive drama with a comic book graphic style similar to Telltale’s games and is based on real events. The gameplay consists of navigating through historical landscapes from Reza Shirazi’s point of view. Reza is an aspiring photojournalist who becomes an active part of the Iranian Revolution. The flashback scenes of Reza’s gradual involvement with the revolution are, then, interwoven with present time and Reza’s imprisonment.

Throughout the game, the player has a set of choices to make within a limited amount of time. These choices have a moral value, so making decisions under pressure is one of the main challenges of the game. When, for instance, Reza meets his cousin Ali at a protest, Reza is forced to decide whether to throw rocks at soldiers or to voice his concern over the situation. The other main challenge is timed actions that tests the player’s reaction speed. Players familiar with Telltale games will be pleased with these mechanics known as quick-time events, but they should be intuitive to the uninitiated, as well. 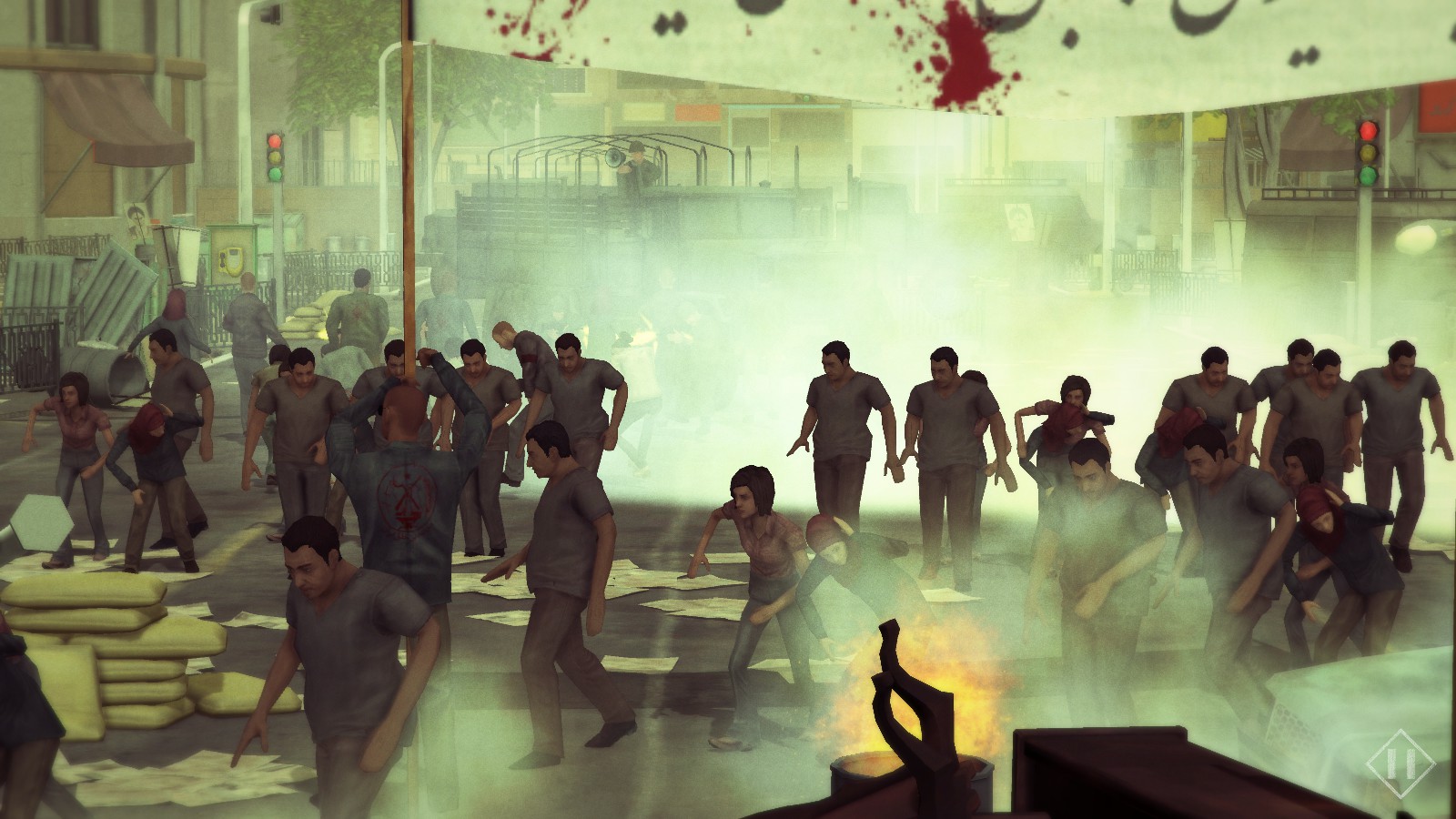 The mechanics do not solely serve the purpose of play, as a major emphasis of interaction has been put on following a re-telling of real historical events where the player gets to put themselves in the shoes of someone experiencing the Iranian revolution from a first-hand perspective. Throughout the game, the player is prompted to take photographs of events of selected people or events with her camera. These photos appear in the in-game menu in the player’s clip-book alongside a corresponding photo taken of the real the 1979 revolution by photographer Michel Setboun. This mechanic heightens the realism of the game and thus enhances immersion. This is also why the game feels educational without the education being forced upon the player. These photos and their descriptions help make the story compelling. What is immersion-breaking, however, is bumping into literally invisible walls when navigating in the landscape, making the experience feel railroaded.

The compelling work of the voice actors, on the other hand, helps raise the dramatic tension in the game. What does not work in the game is the NPCs occasionally getting stuck in movement loops. The animation also feels out of sync which gives the game a slightly outdated look. These issues do not do justice to the compelling storytelling and voice acting. With all this said, however, I do recommend this game for its highly well-paced drama and its alternate endings for those who enjoy narrative-driven games.